0
Home Garmin Blog Is an Astro on Putin’s wish list? 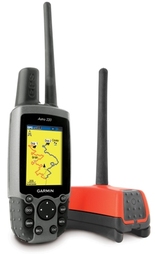 We all know that the Astro is capable of tracking up to 10 dogs at once, telling the owner where each is located and what each is doing. But it appears we need to spread the word to Russian President Vladimir Putin. According to Reuters news service, Putin said this week that he was hoping to use Russia’s planned GPS system to keep an eye on Koni, his black Labrador.

Putin reportedly asked a prime minister, "When can I buy hardware to equip my dog with so that she won’t run away too far?" Well, Mr. President, we have an answer for you, Koni and nine of Koni’s closest friends. The time is now, and the name is Astro.