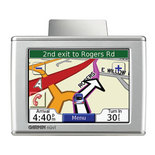 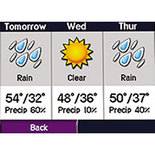 If you’re like some of the guys at Audioholics.com, then you know what it’s like to depend on your significant other for directions. But as we all know, they can’t always go everywhere with us. That’s why one reviewer at Audioholics took our Garmin nüvi 360 for a test drive. Aside from the ultra-easy interface that welcomes users with three easy options (Where To? View Map, and Travel Kit), these guys also liked the navigation screen that they say, "is beautifully laid out and easy to use."

While his wife wasn’t along for the ride (and sometimes even when she was), this Audioholic chose "Karen from Australia" to offer turn-by-turn directions– a favorite bonus feature among nüvi users.

Furthermore, the 360’s Travel Kit was also a big hit in this review. Referred to as the "kitchen sink," these guys said this feature, "leaves most comparable GPS units feeling a bit less comparable." So what else could make users love the 360 even more?  The fact that it is Bluetooth compatible, and you can make hands-free calls, certainly does make this Personal Travel Assistant pretty hard to resist! Check out the full review here.