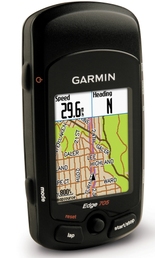 To say that we’ve exceeded our goal for Bike Week and the Car-Free Challenge wouldn’t do it justice. As of early afternoon Thursday, the 187 members of Team Garmin have tallied 6,042 miles of walking, cycling, carpooling and riding the bus. That’s more than double the distance we did last year and more than three times the current second-place team. And there’s still another day and a half, with Friday being Bike-to-Work Day across the country.

I’ve tried a few different tactics in adding up my miles. My favorite was biking to the bus stop and hitching a ride from there. Granted, the cycling segment was just over 4 miles each way, but it still felt good to get in a quick workout before and after work. And with Edge 705 keeping me on track and at a constant speed, covering the distance on bike didn’t take that much longer than driving the same route.

Use the comments below to tell us what you’ve done – or are planning to do – to make Bike Week a success.