As the marathon approaches I think all runners get a little nervous…I definitely was nervous. Coming into this marathon I was a little gimpy so I took most of the last 2 weeks off and did very little running. The added rest was better for my body. I did do one last run on Thursday – a little over 5K at about 7:30/mile. The expo was nice, and I enjoyed going with a first-time marathon runner. Teresa was even more excited than me as she probably spent the entire night there. There are people represented from many countries at this marathon so being able to speak to everyone and share training stories is an added treat.

Over the next two days, I basically took time off the rest and eat. One nice thing about running a marathon is you get to eat pretty much anything in moderation and can get away with it. 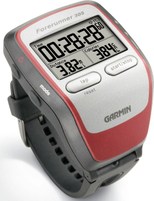 The temperature was probably in the low 40s when my friends and I left on the 7:30 ferry over to Staten Island. When I arrived at the staging area for baggage check it was a disaster. This is not the norm as I usually go in to hand off my bag and leave quickly. Quite a different scene since it was a sea of bodies all squished together. It probably took me about 20 minutes to squeeze through. As a result I got to the starting area late so my corral group left without me.

I think I started about 3 minutes behind everyone, and in this race it’s tough to fight your way through everyone on the bridge. Patience is the key for the first mile before you reach the decline as things open up then. I started to make a move on the decline off the bridge. The first 14 miles was pretty routine although tough. It was a lot of fun high-fiving everyone along the way. I could have been running for office the only thing I didn’t do was kiss the babies along the way. (I did go for a Tylenol around mile 10…That helped a bit.) I knew the 59th Street bridge was still ahead so the Tylenol was in anticipation of that.

Getting over the 59th Street has always been a nemesis for me. It’s positioned a little over the halfway point of the race and it’s more than a mile of pain and grief since it’s long and steep. I’ve always said it is tough gaining momentum on the downhill since you are pretty much zapped going up the bridge. Yet I took it at a 9:31/pace from mile 15 to mile 16. So at this point the reward for running the bridge is coming off and seeing the crowd on First Avenue. As usual the crowds coming off the bridge are amazing. Just hearing the cheering from the bridge and turning to the crowd was great.

I bumped into Ira at 72nd Street to say "hi’ and Lisa, Shirley and Angela at 86 street. I continued up First Avenue before heading over the bridge into the Bronx. The Bronx is a short part of the race as you probably spend less than 2 miles in this borough which is fine by me since it’s mile 20+ at this point so I’m looking at the part of the race as a 10K – 6.2 miles to the finish line. As you can imagine I started slowing down a bit at this point, but I needed to keep going and continue to run before a cramp or exhaustion set in.

Miles 22 – 24 are pretty much an uphill climb (Fifth Avenue). Running too long uphill or downhill usually causes your body to overcompensate so you can be more prone to pulling something. As it happened I felt a twitch in my right calf between miles 23 -24. It was definitely my sign to start to pull back as I checked my time and realized if I could pull back a bit and still run a PR. At this point I just wanted to make it to 89th Street and enter the park.

When I got there it was great. I realized I was about 2+ miles from the finish line. Added I knew a lot of the folks I knew would be out in the park. As I entered the park I immediately saw Dave, and then Kevin M. Before hitting the boathouse I also bumped into Ruben, Kevin L, Irene & Henry. At this point I felt kinda energized again.

Turning the corner to Central Park South was amazing – the rush from the crowd kept me going and you can practically smell the finish line. Continuing west on Central Park South I made my way to Columbus circle. Making the turn into the park and realizing your probably about 400 yards away from the finish line there were no thoughts of "yeah my feet hurt, my calf is cramping, and I’m beat." The goal was near. The last 400 yards were "easy." Running to Tavern on the Green and across the finish line, I bumped into Fatima who’s one of the volunteers at the road runner club and gave her a big hug as I was happy to see a familiar face at the end.

This was one of the toughest marathons I had…BUT I had a PR on the course: 3:29:20. Looking back at past marathons I’ve always run around a 3:40 pace. I definitely trained a different way this time out focusing on distance vs. speed training. What really helped is the Garmin Forerunner 305. I’m always used to training alone so the Forerunner helped me train at a 7:30/mile pace. I think next year will probably be a little different. I did not take advantage of all the features on the Forerunner…a little speed training might have helped. I guess at this point I have a whole year to use all the other features on the Forerunner.