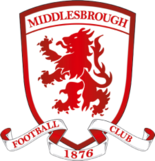 I understand that this is a departure from the normal tips and tricks posts but being the resident "football-lover" here at blog central, I’ve decided that it’s my job to talk about it.

Middlesbrough extended its record to 1-2-1 after a 2-2 draw with Newcastle on Sunday at Riverside in front of a home crowd of 28,875.  Boro never led in the match with Mido’s goal in the 28th minute and Julio Arca’s score in the 80th minute both coming on the heels of Newcastle goals.

"We’re confident," says Arca, "no matter what the
opposition. We played well at Fulham and well yesterday against
Newcastle, we showed our spirit and confidence by coming back twice
like that, but we treat all teams with respect and of course that will
be no different with Northampton."

Next up for Boro is a second round Carling Cup match with Northampton on Wednesday at Riverside.