0
Home Garmin Blog An Edge for everyone

An Edge for everyone 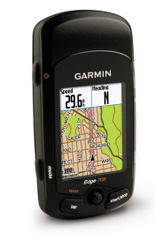 The rave reviews keep coming, for all members of the Edge family. Fletcher Previn, of GPS Magazine, goes all out in his sneak peek at the Edge 705. Garmin blogger Peg was interviewed with the Edge 705 and Edge 605 on a FredCast for six minutes (starting at the 24:00 mark). A San Antonio cycling blog heaped praise on the analytical value of the data stored by the Edge 305. And Recumbent & Tandem Rider Magazine devoted two full pages of its autumn issue to its 305 review, deeming it valuable for any style of bicycle. Even those ridden by rock bands.

The post An Edge for everyone appeared first on Garmin Blog.